Lilla Lőrinc (1980), and János Borsos (1979) work together since 2008 as Lőrinc Borsos. The name covers an entity with its own creative consciousness. His/her age is currently 12 years. His/her gender, sexual orientation and intellect are equally characterized by bipolarity. The basis of his/her existence is the coexistence of extremities, but his/her actual goal is the solution of duality. He/she vitalized by transiition. His/her spiritual nutriment is paradox, the intersections of contradictory ideologies. The typical case of fall between two stools but the choice of the floor is self-imposed. The artist aims at the glimpse of the greater whole: instead of choosing a part, he/she is excited about the relation of the parts to the whole.

He/she despises hierarchy and the social divide and exclusion created in its wake. He/she sets his own existence/nonexistence against these. Part of his/her art is direct questioning of the medium and social reflection. A dialogue with material, dialogue with the medium. Works that are place- and situation-specific. He/she reflects on the current and delves into longer projects at the same time. For him/her, art gets interesting beyond morals, when it still exists in an unfiltered state, right after the moment of the birth of an idea. At this point there is no political correctness of self-censorship yet. 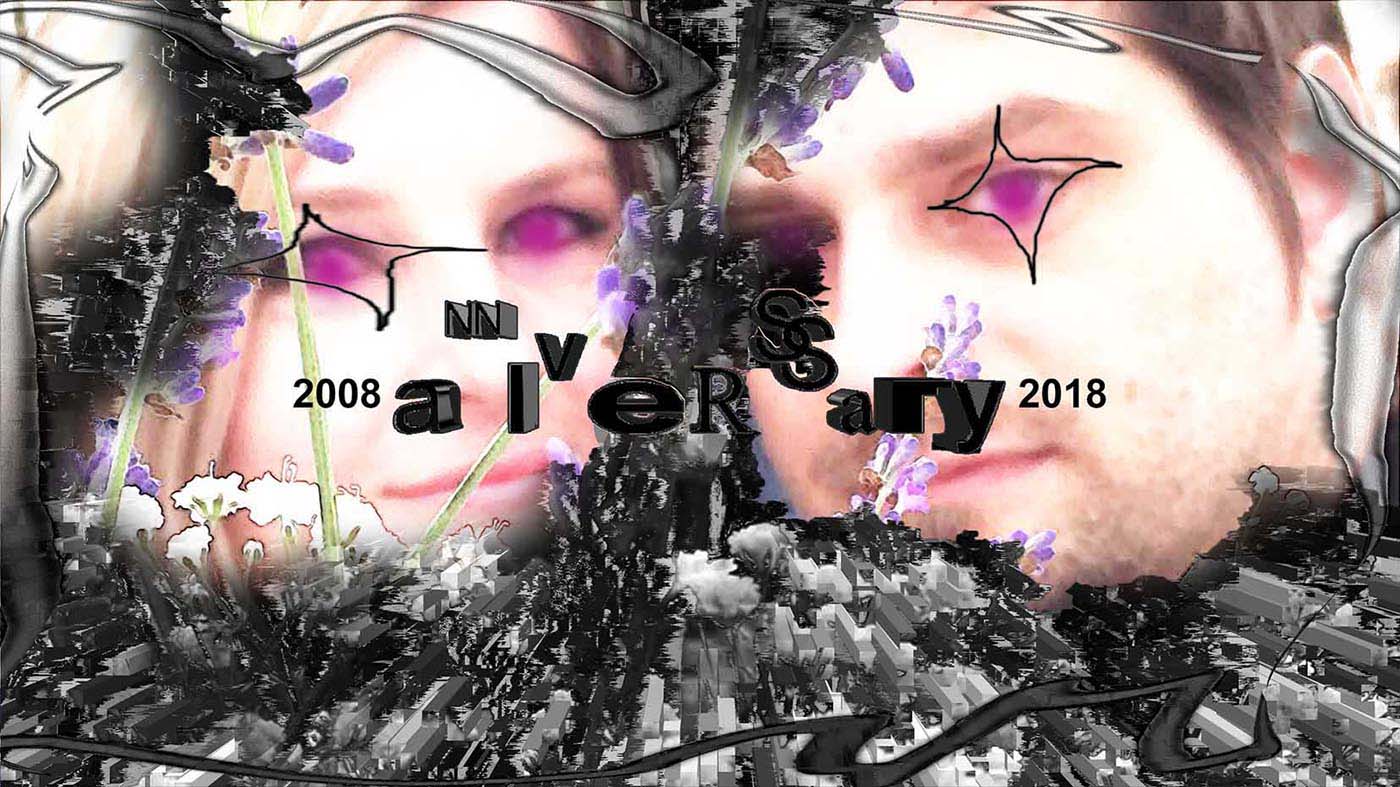 His/her color of choice is glossy black, his/her material of choice is industrial enamel paint, which reflects his personality appropriately. His/her enamel-black flag of self-representation is not waving in the wind, as it is fastened to the pole with zip ties. If necessary, he/she is willing to take the role of a veterinary horse, a martyr, or a scapegoat, to save the hide of the creators behind him/her.

In the beginning, he/she was building an alternative national image, as a counterpoint to the official national representation. Then, he/she changed the focus to research the nature of the investigated phenomena in global tendencies. This change was triggered thanks to a surfeit of current politics and a midlife crisis experienced being just a few years old. As an answer to this crisis, he/she turned criticism on him/herself, and dived into a complex, three year long self-analytical nightmare with the help of therapists, a painter and a curator (‘Self Critical Portrait’).

According to the solution by the therapist, he/she him/herself is just a replacement for a child, an idol. Idols are silent, but the artist is outraged. His/her self is inseparable from the artists bringing him/her to life, he represents and catalyses their creative unity. 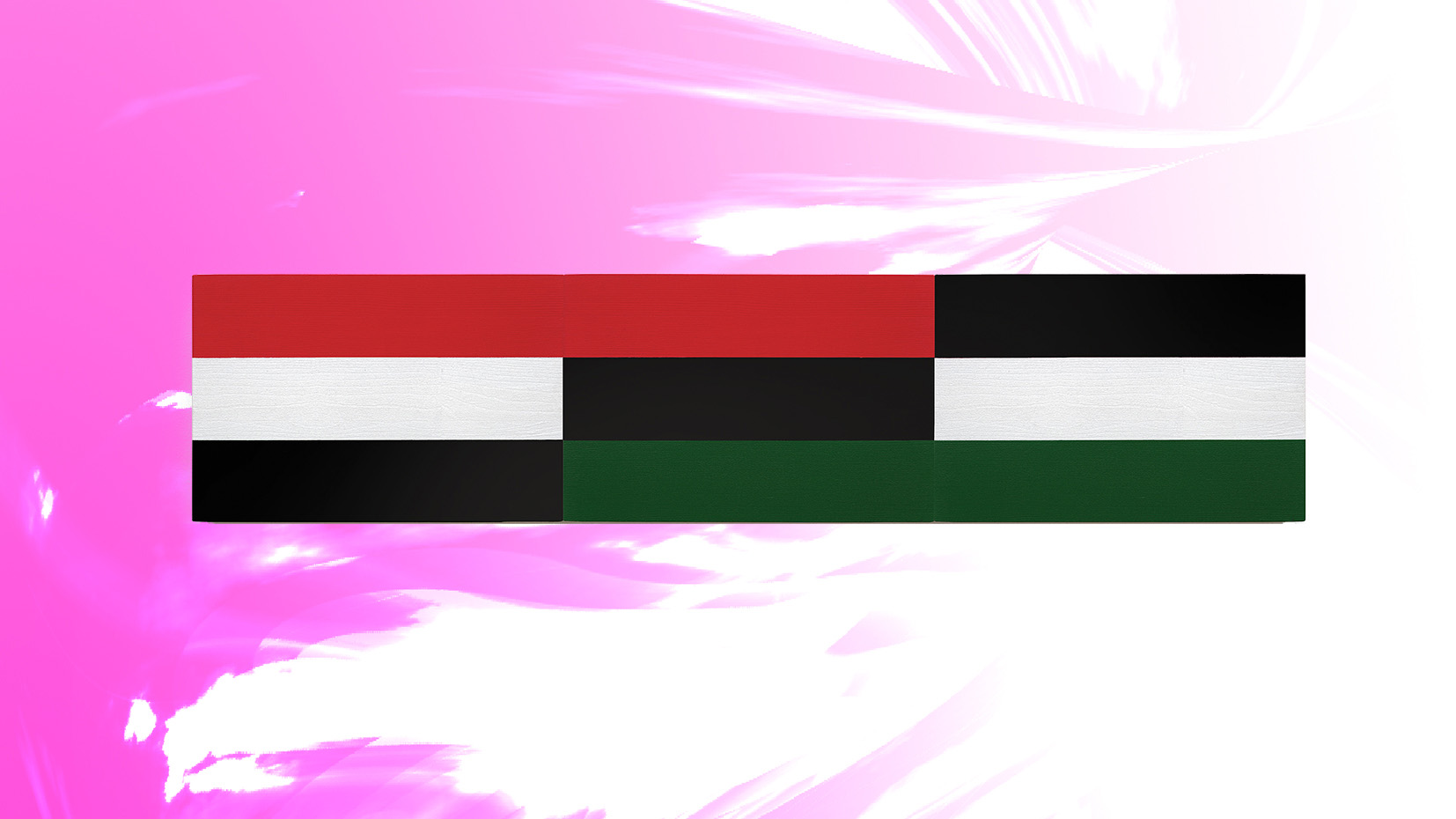 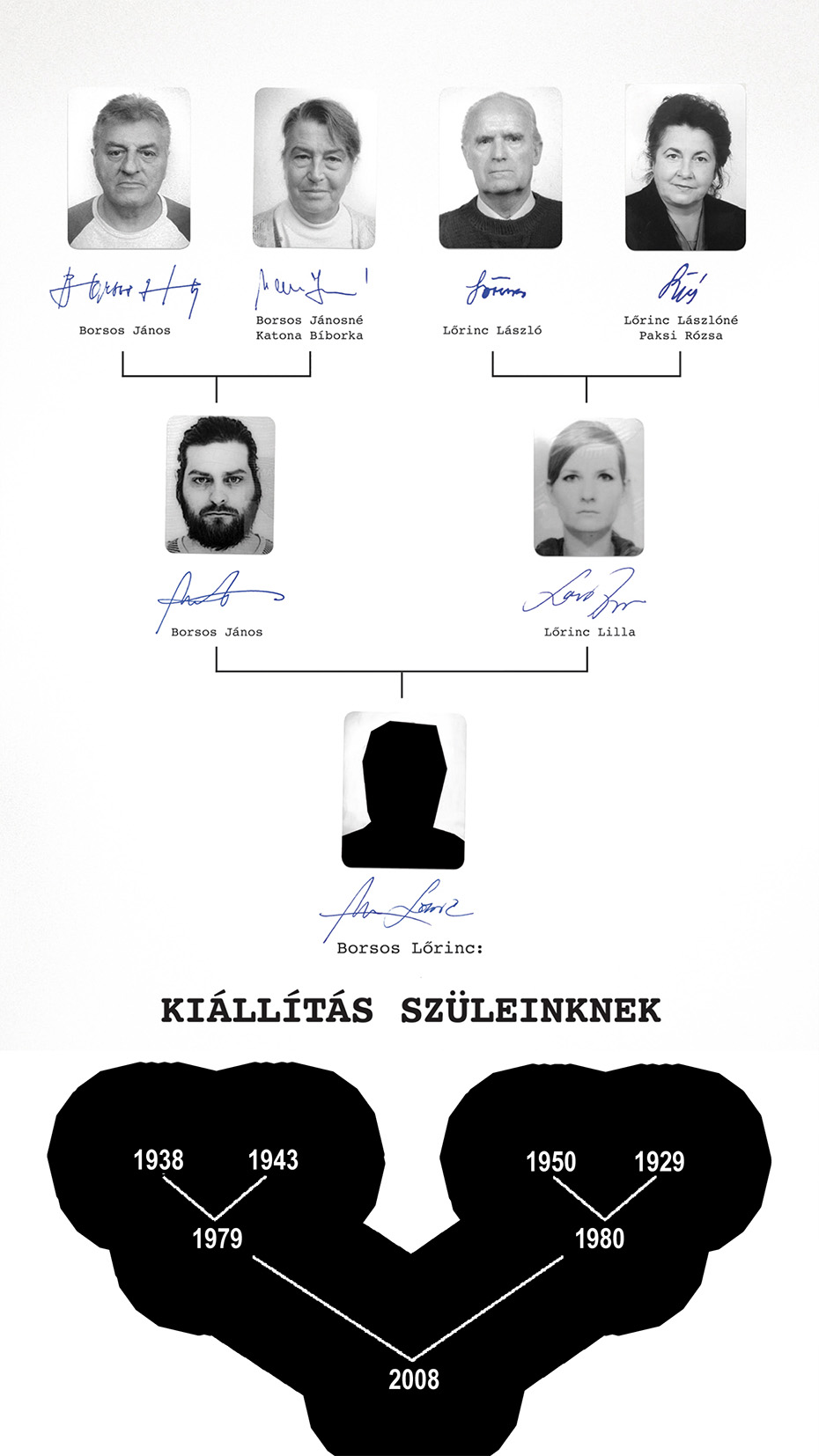 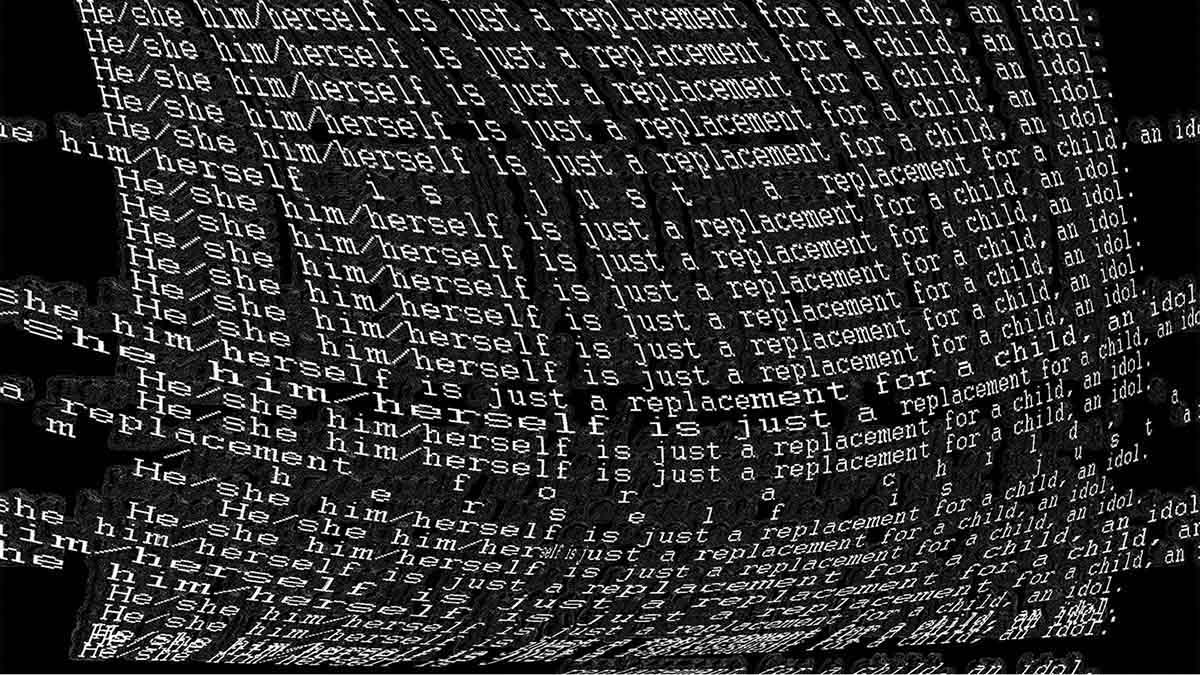 Glossy black enamel paint, or its other name Blaek is the main identification element for Lőrinc Borsos, that appears in his/her work right from the start of his/her career. The expression is of an Old English origin, which was used to denote glossy, „good” black, as opposed to a matte, „bad black” called „Swart”. High gloss black industrial enamel paint has opposing qualities: it absorbs and reflects light at the same time. Which quality prevails over the other depends only on the viewer’s position. According to the intentions of the artist, the medium created by the paint – despite its profanity – can open up mystical dimensions, punching a symbolic wormhole between times and topics, and opposing contents. It covers and depersonalizes; it separates, or eventually, it connects. Material is hard to control, which envisages a potential for experimentality inside it.

The artist seeks the peace of mind of those who don’t stand a chance. 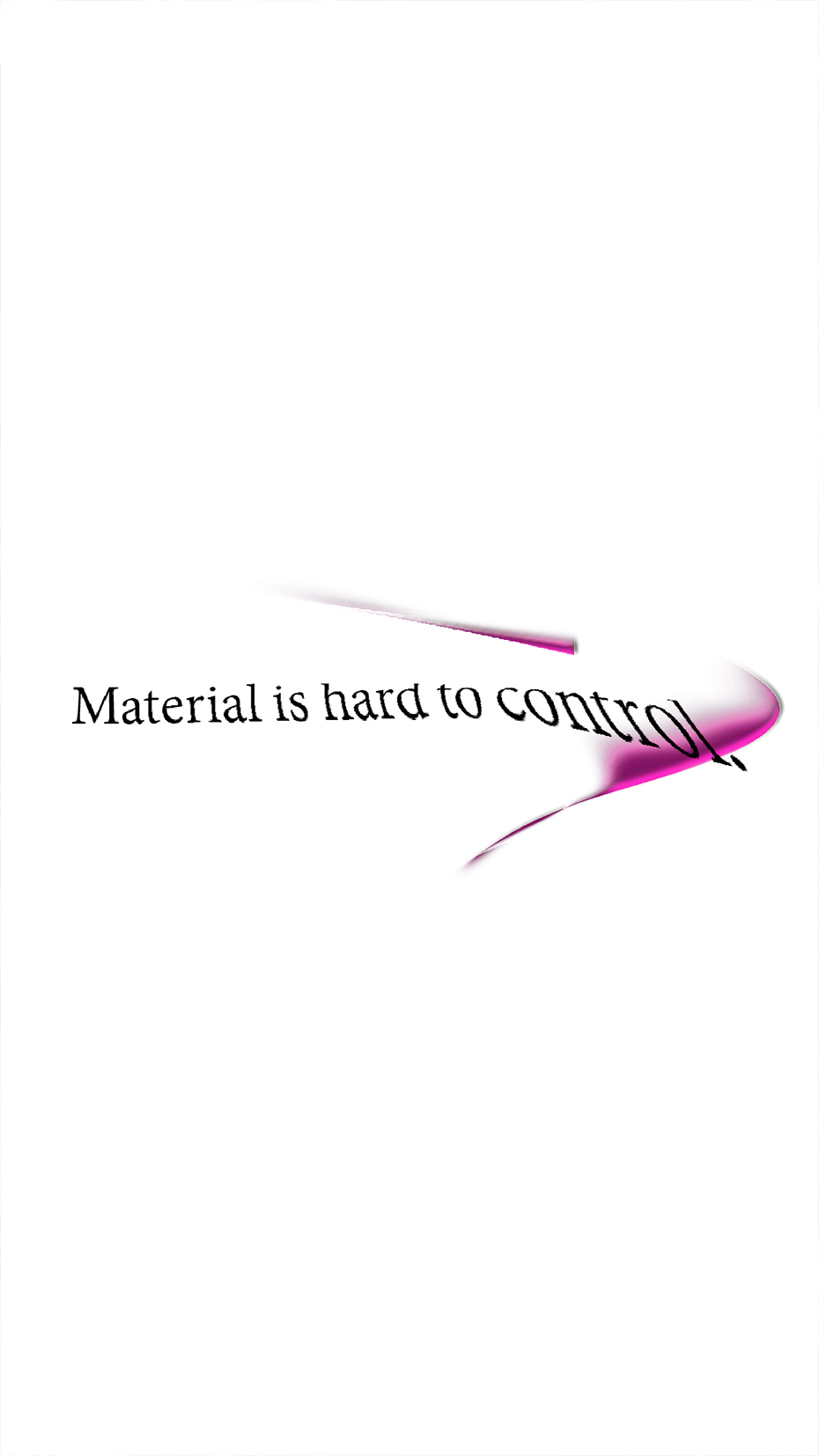 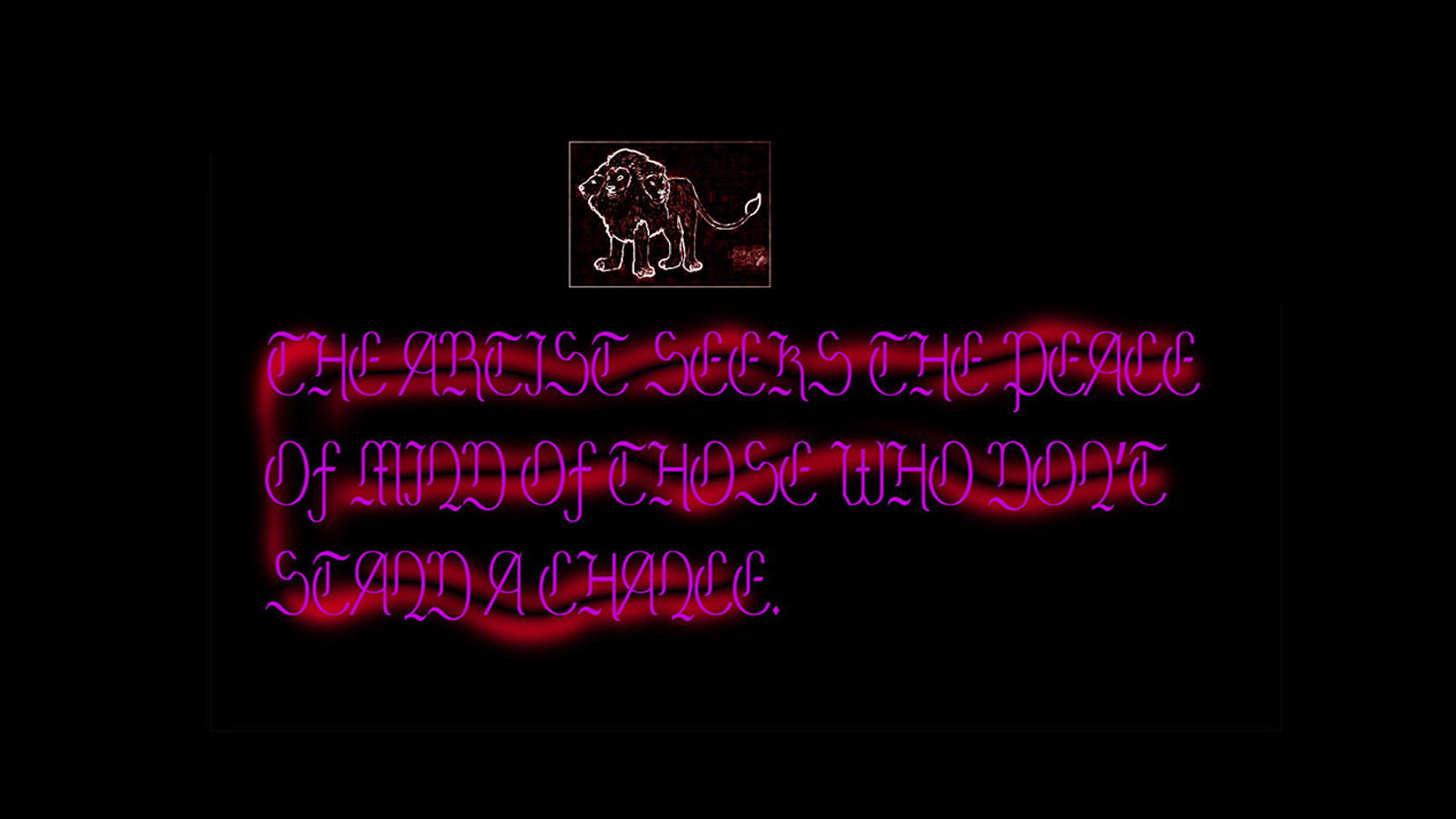