watercolour with the signature of Adolf Hitler | A/6 | 3 pieces

Paintings resembling Hitler’s early works depict buildings from Budapest’s dark past that have yet to be internalised by society. The watercolours are reproduced as postcards, on the back there is an informal description about the role the buildings played during the war.
Made for the project "Vanishing Points" curated by Tamás Don. http://enyeszpontok.tumblr.com/ Special thanks to Zsuzsanna Simon. 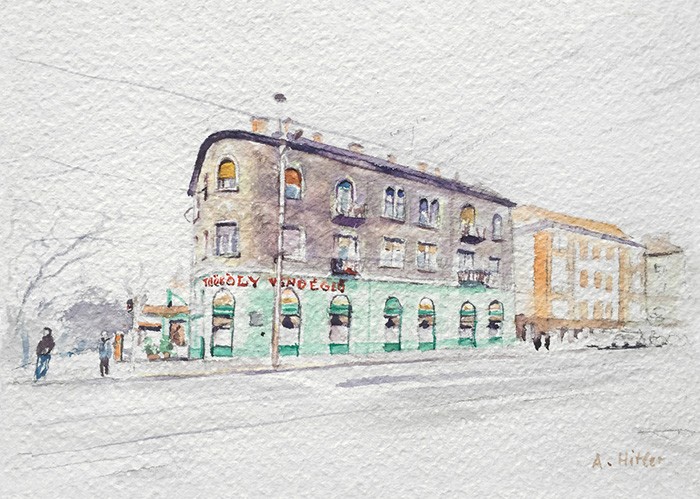 Between October 1944 and January 1945, members of the Arrow Cross Party murdered 200-300 people (mostly Jews) in the 14th district, at the headquarters of the party and throughout the district. The perpetrators were brought to trial in 1949 and in 1967; 12 of the accused were executed, the rest received serious sentences of imprisonment. 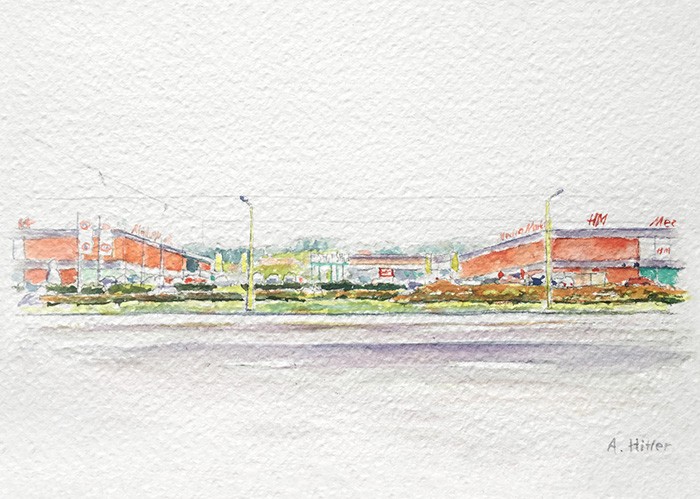 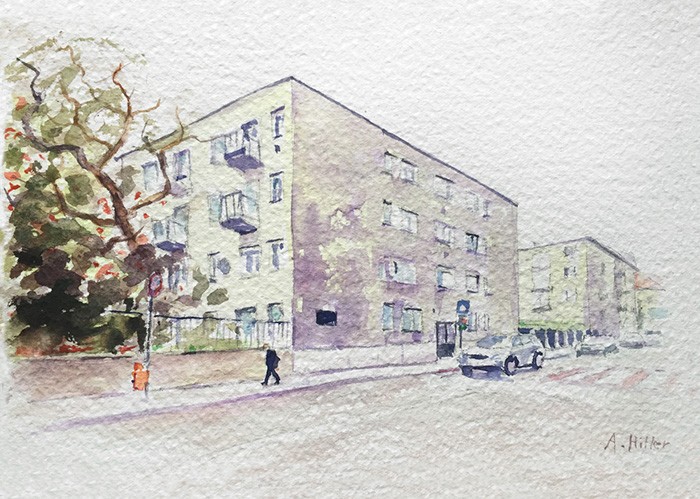 On the 14th of January, 1945, the Arrow Cross Party militia slaughtered 130-150 patients, doctors and nurses in this Jewish Hospital. The building was first looted and then along with the corpses set on fire. To commemorate the victims the district government unveiled a memorial in 2007 on the facade of the building block that had been erected on the spot.