In 1946, for an exhibition titled Niemals Vergessen, the federal countries designed a 10 piece series of stamps. From the 10, finally just 8 was published, to was censored because of their agitating content. In this work all of the ten can be seen together, but all of the image parts of the stamps are covered with enamel paint, also known as Blaek frequently used by the artist. The glossy black voids are capable of being charged with censorial, destructive, alienating, appropriating or self-reflexive narratives, depending on the context. In this case we mostly can speak about censorship.

The Niemals Vergessen stamp series - which shows Austria as a victim of Nazi Germany – could be a worthy pair of the memorial statue of the German occupation raised in Budapest in 2014.The absolution of historical responsibility is performed in both works without avoiding the confrontation with the past by fictive remembering and fictive conversion.

The reliability of the myth of sacrifice was questioned by the Waldheim scandal in 1980, which followed by the public apology by Franz Vranitzky chancellor in 1991. The emendation and compensations were finally based on the wide research and public discussions by Austrian historians in 1998. 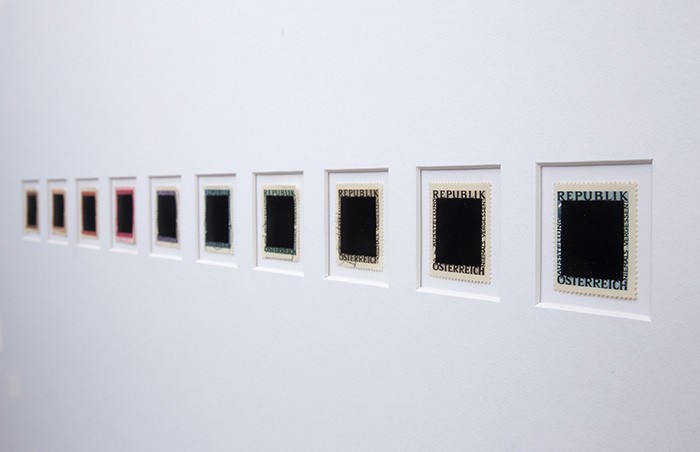 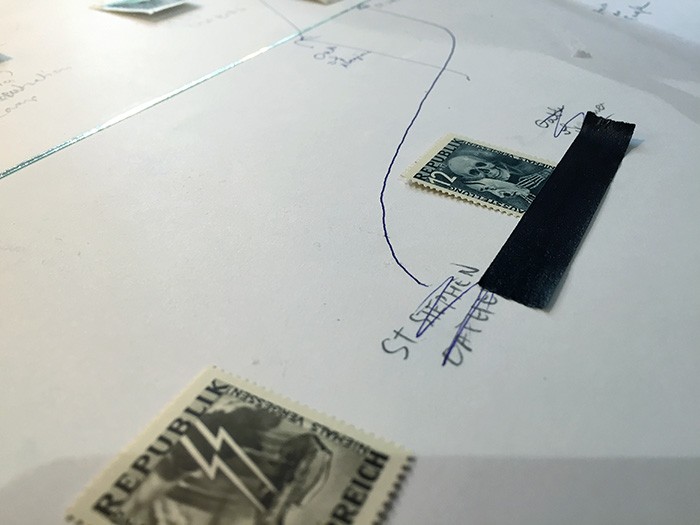 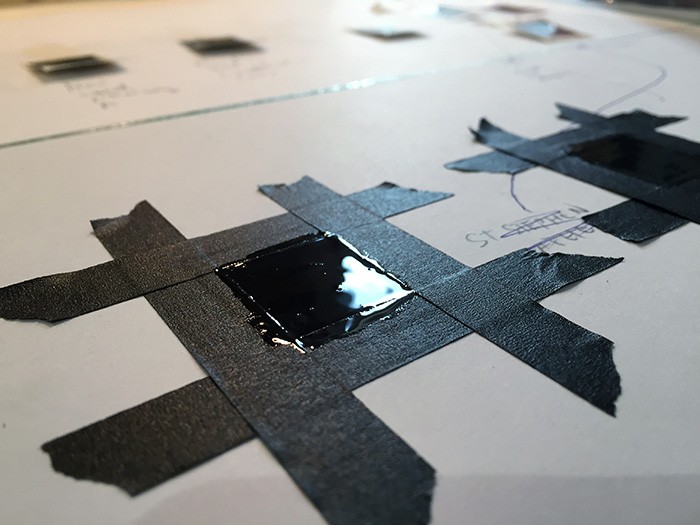 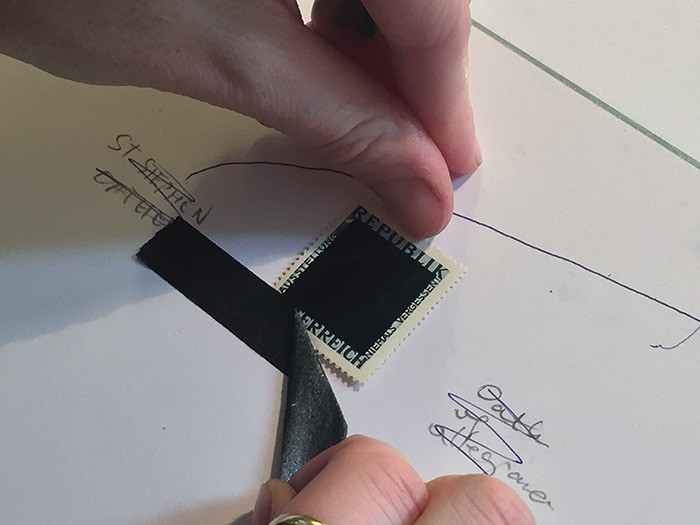 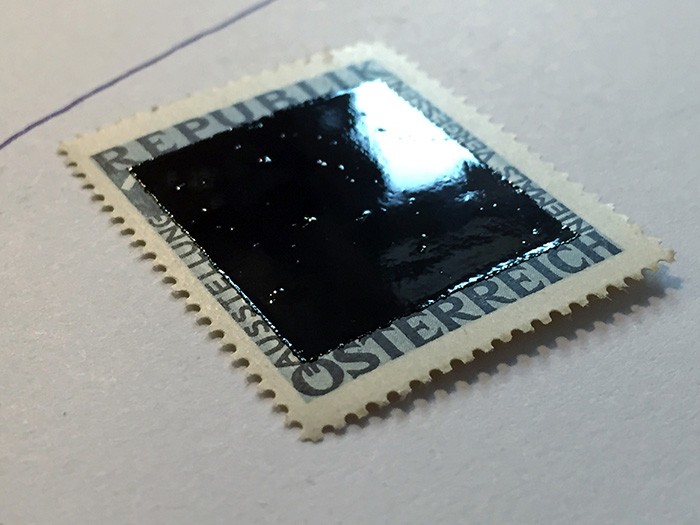 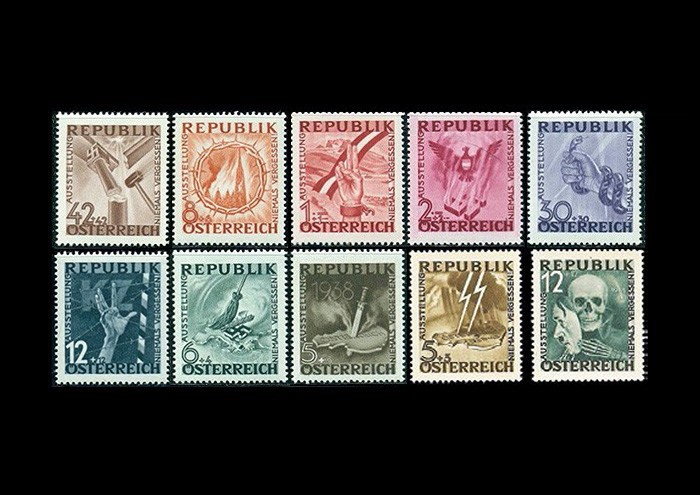 The original Niemals Vergessen series from 1946