The term Terra Nullius in the title means no man’s land, and it originates in Roman law. Throughout history this was the name given to continents that were not officially in the possession of any state. Citing this, colonizers would freely invade the territories they set eyes on, subjugate the natives and exploit the continents.

As opposed to other pieces in the series, in case of this painting, which is a 1:1 replica, the dark matter is applied onto the surface not by the artist, but the visitors of the exhibition in the course of a performative act. A motion detector is linked to a mechanism that, when activated by a visitor who walks into its range, submerges the painting into a tub filled with black enamel varnish and then brings it back to the original position. The thresholds of the masking are set so as to obscure the figures in the painting, only leaving the foliage of trees and a narrow strip of the sky visible. During the exhibition, the painting is continually coated in enamel paint, in direct proportion to the number of spectators viewing it. Bearing an increasing load, the painting can be considered complete by the end of the exhibition.

In studio
photo by Miklós Sulyok 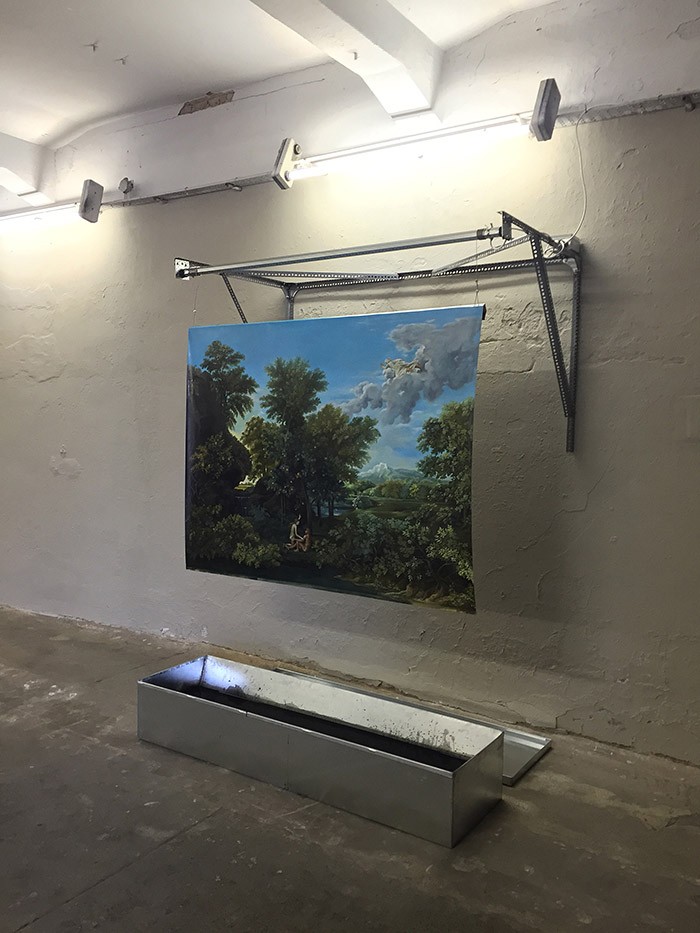 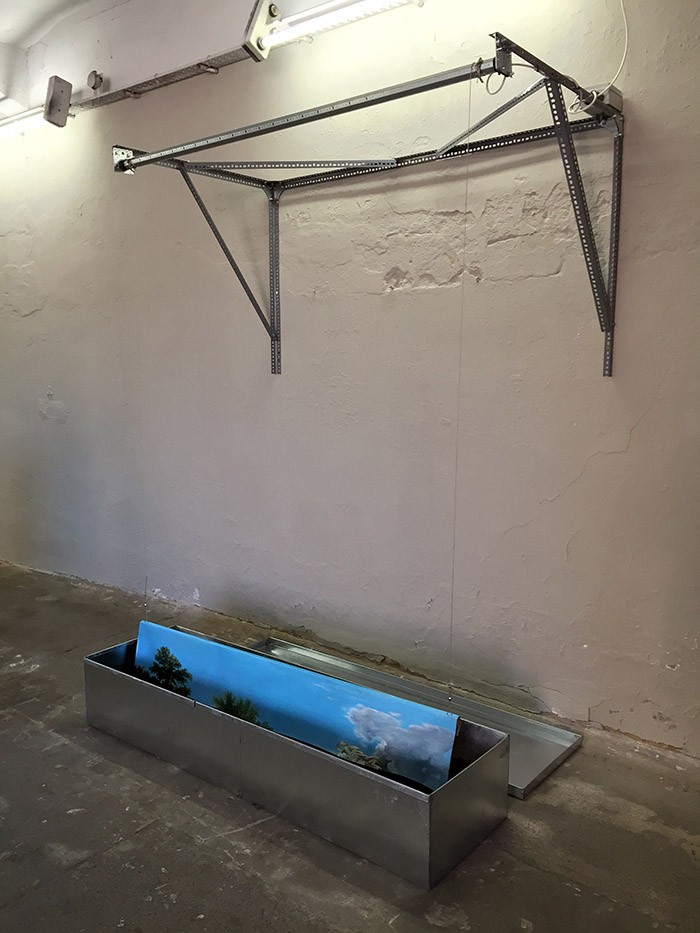 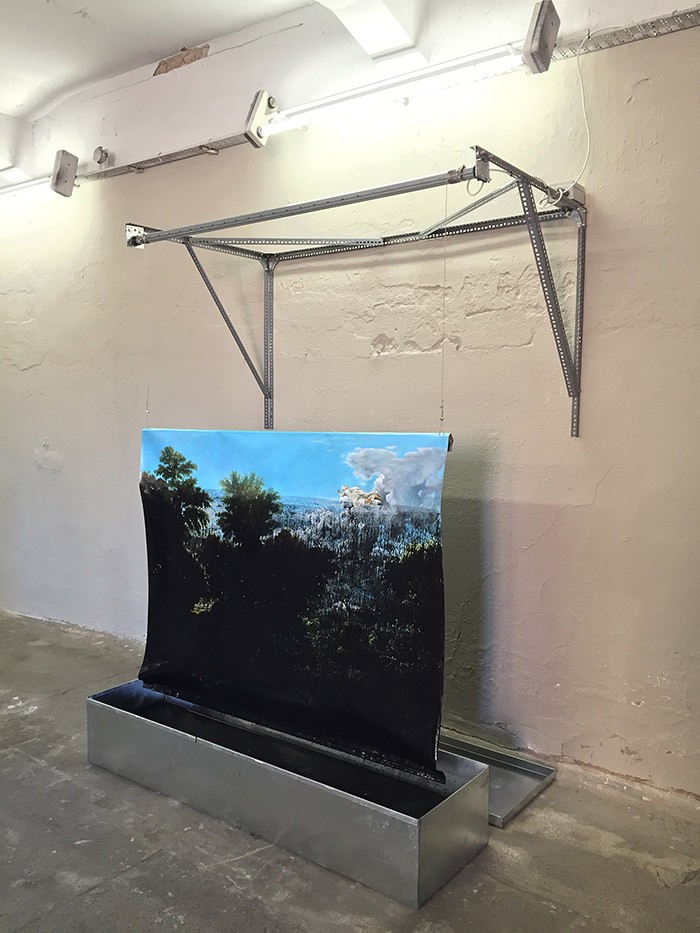 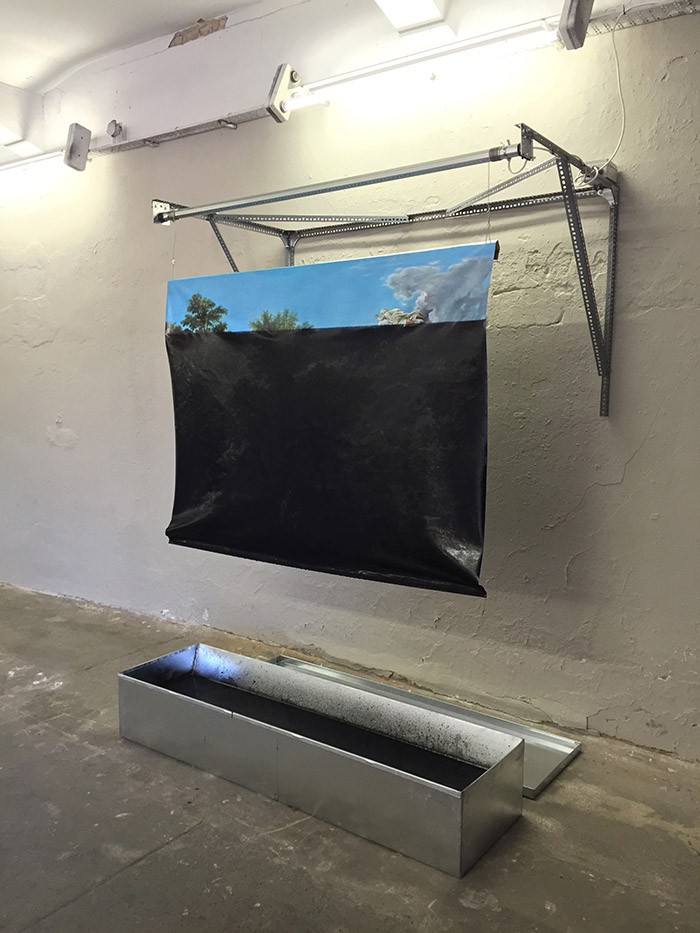 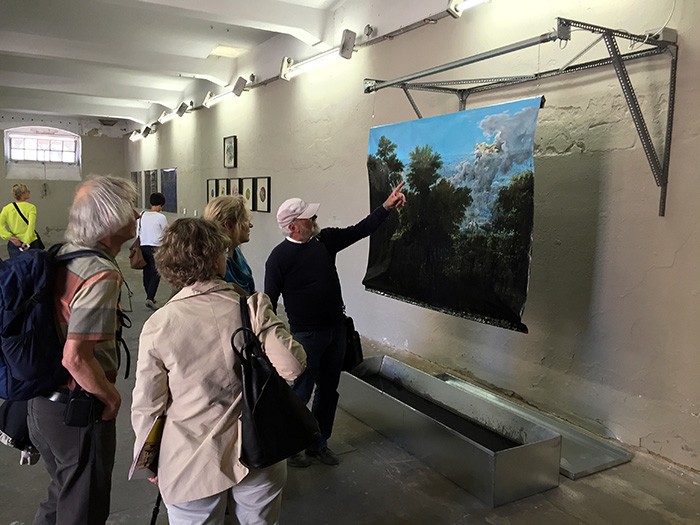